Don't miss an opportunity to see Denali up close! We had to use oxygen masks as the plane is not pressurized. Talkeetna Aero Service is the way to go!

From Wikipedia:
Mount McKinley has two significant summits: the South Summit is the higher one - 20,320 feet, while the North Summit has an elevation of 19,470 feet (5,934 m) and a prominence of approximately 1,320 feet (402 m). The North Summit is sometimes counted as a separate peak (see e.g., the List of United States fourteeners) and sometimes not; it is rarely climbed, except by those doing routes on the north side of the massif. 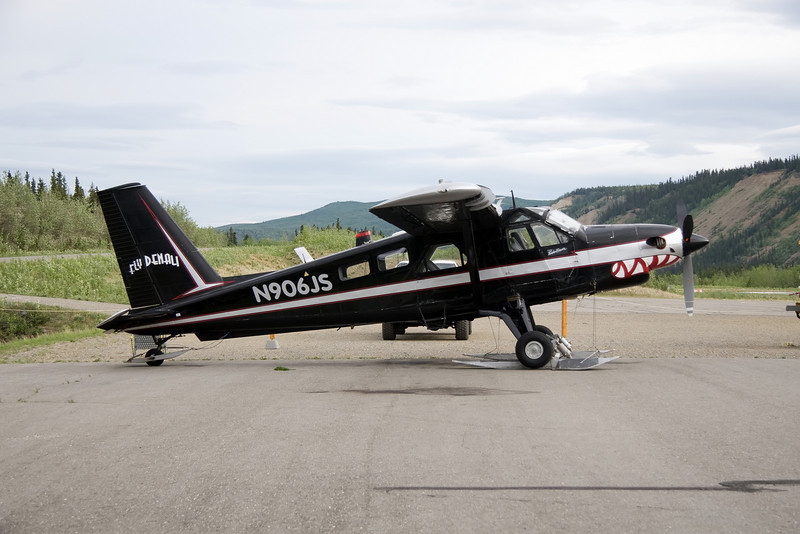